A story that spans three generations, with more than a thousand projects

Bernardes Arquitetura is the result of a history that spans generations. It is a space created in 2012 by Thiago Bernardes where he seeks to deepen his authorial work and create new partnerships. Today the partners are Nuno Costa Nunes, Márcia Santoro, Camila Tariki, Dante Furlan, Francisco Abreu, Rafael de Oliveira, Thiago Moretti and Antonia Bernardes.

Bernardes Arquitetura develops projects across various programs and scales. With offices in Rio de Janeiro, São Paulo, and Lisbon, the team is made up of more than 100 professionals who work in the areas of architecture, urbanism and interior design. The office’s portfolio ranges from residential and commercial projects, including hotels, restaurants, cultural and educational institutions, to urban projects, which include condominiums, neighborhoods and masterplans.

Our multidisciplinary team is composed of professionals who share a philosophy of collaborative work with the objective of achieving excellence and efficiency in each project.

Born in Rio de Janeiro in 1974 to a family of architects, his grandfather, Sergio Bernardes, one of the masters of Brazilian Modern architecture, made history in the 50s and 60s. His father, Claudio Bernardes, is the author of an original and distinctive residential style, where the primitive elements of Brazilian culture are inserted to create a contemporary context. His experience in architecture started in the family, in his father’s office, who encouraged him to open his own practice at the age of nineteen. Today, with over twenty years of experience, Thiago Bernardes has created over the years his own identity without abandoning the influence of his father and his grandfather.

Nuno Costa Nunes’ previous experience working for large companies, such as: Cofix Constructions, Xerox of Brazil, Telemar/Oi, and Accor Brazil (Hotels), has been essential over the last ten years in the role of General Manager of Bernardes & Jacobsen Arquitetura. As a partner, he is now responsible for the business and financial management at Bernardes Architecture. He currently lectures for the Graduate Program for Architecture and Interior Design Offices at the renowned FGV Business School.

Marcia Santoro has been part of the Bernardes architectural history from the early days. Trained architect and urban planner at the Federal University of Rio de Janeiro, she worked as Project Director of Interior Architecture at Bernardes & Jacobsen for four years and, with Thiago Bernardes later at Bernardes & Jacobsen Architecture for thirteen years. She credits her role in creating Bernardes Arquitetura in 2011, to the professional and human experience gained throughout those seventeen years. Prior to starting on her career path in the Bernardes offices, she had worked with Luis Paulo Conde and Coutinho, Diegues & Cordeiro.

After receiving her architectural degree in São Paulo in 2001, Camila moved to New York to specialize in interior design at Parsons School of Design. Shortly after, she started working at the award-winning Karim Rashid Studio, where she remained for ten years. As the Interior Architecture Director, she worked in the concept and management of over 80 projects in 28 countries, such as hotels, restaurants, shops, museums and art exhibitions, which include the Karim Rashid exhibition at the Tomie Ohtake Institute, in 2008. After living in New York for eleven years, Camila returned to Brazil in 2012 to join Bernardes Arquitetura.

Dante Furlan is an architect and urban planner educated in the Center of Fine Arts of São Paulo, with a master’s degree in architecture from the School of Architecture and Urbanism at the University of São Paulo FAU / USP, and since its inception in Bernardes Arquitetura, coordinated design teams. He worked in FGMF and Euclides Oliveira offices, where he participated and won several architecture competitions, of which we highlight the National Urban Design Competition “Bairro Novo” in 2004.

Architect and Urbanist from the Federal University of Rio Grande do Sul (UFRGS) with an exchange program at Pennsylvania State University (USA). He worked at the GCP, Stadia Group, among others, having joined Bernardes Arquitetura in 2010, where he has been project director since 2013. Today, he is responsible for the operations of the Rio de Janeiro office. He coordinated the execution of large-scale projects for the office, notably, Aníbal Building, Hotel Arpoador, and Casas Asa and Terra. In 2009, he won the The Best thesis Award by IAB-RS, and was nominated to represent UFRGS at Archiprix, a global award for final works.

Architect and Urbanist from the Methodist University of Piracicaba. He worked on large-scale projects at Balken arq, NPC group architecture, Engevix engineering, and Bernardes + Jacobsen architecture. He develops and coordinates projects at Bernardes Arquittura since 2014 with an emphasis on technology and construction systems in the residential, hotel, and service areas. He is dedicated to the study and development of projects related to constructive technology such as MLC and raw earth since his academic training linked to the chair of Unesco/Craterre. He has a specialization from Fupam/USP and started a postgraduate course at IPT/USP. He worked in the development and intermediation of modular construction technology in MLC with an international partnership (Portugal).

Architect by the Autonomous University of Lisbon (UAL) with an exchange at the Polytechnic of Milan (Italy). He worked with Vigliecca and Associados, Hereñu+Ferroni, Isay Weinfeld, having joined Bernardes Arquitetura in 2012, where he became responsible for the development of concept studies until 2015 at the Rio de Janeiro office. In 2016, he returned to Lisbon where he is responsible for the local office, reinforcing Bernardes' internationalization movement, which has projects of various scales from North to South of Portugal and a proposal for action at European level.

Graduated in Journalism from Faculdade da Cidade-RJ in 2000, worked as a fashion production assistant since she was 16 years old. Was press officer and fashion producer for the carioca brand Maria Bonita from 2000/2004. She created her own brand “Antonia Bernardes”, 2004/2012, which had in its DNA a timeless style, recognized for the use of 100% natural fabrics such as linen and cotton, little used at the time, in addition to manual techniques. Invited to participate in the Interior Design team of Bernardes Arquitetura, she brought with her the experience acquired in the field of fashion and the look at the work of her father, Claudio Bernardes, where good taste and elegance prevail in the use of natural materials and research in artisanal techniques. Antonia has been participating, since 2012, in interior projects for award-winning works by the firm, including the Fasano Angra dos Reis Hotel, Arpoador Hotel, Terra House and Asa House. Invited the partner of Bernardes Arquitetura, in 2022, she starts to direct the interior design team of Rio de Janeiro.

Architizer A+Awards 2022:
Winner by Popular Choice in "Private Houses - XL >6000 sqft" category with the Asa House project, and finalist (Shortlist) in "Best Residential Firm" for the set of residential works built throughout the office's story.

59ª Premiação Anual IAB/RJ:
Honorable Mention in the "Interiores e Design" category with the Arpoador Hotel project, and in "Edificações" with Asa House.

Architizer A+ Awards 2019:
Popular Choice Winner in the “Concepts Plus – Architecture + Prefab” category, with the project Pipa House.

Dezeen Awards 2019:
Finalist in the “Rural House” category, with the project Asa House.

16th Venice Architecture Biennale:
Selected for the exhibition Walls of Air, at the Brazilian Pavillion, with the project for the Brincante Institute.

Young Architects of Latin America:
Honorable Mention and selected for the exhibition at the  16th Venice Architecture Biennale and book, with the project Peninsula House.

Architizer A+ Awards 2018:
Winner in the "Private House XL" category, with the project Peninsula House; Honorable Mention in the categories "Unbuilt - Private House" and "Unbuilt - Office Building Mid-Rise", with the projects Membeca Águas and Edifício Vila Nova Conceição respectively; and Finalist in the category "Apartments" with project HGB Apt.

Prêmio Casa Claudia Design de Interiores 2015:
Finalist in the “Restaurante” category, being elected “popular favorite” at the public choice, with the project Gurumê.

II Prêmio ASBEA/RJ:
Winner in the "Residências Unifamiliares" category, with Terra House, and Honorable Mention in the "Edifícios de Serviço" category, with the project Anibal Building.

Restaurant and Bar Design Awards:
Finalist in the "Surface Interior" category, with the project Gurumê.

I Prêmio ASBEA/RJ:
Winner in the "Residências Unifamiliares" category, with Delta House. Honorable Mention in the "Edifícios Institucionais", "Hotelaria" and "Interiores" categories, with the projects Cidade do Cinema, Jose Ignacio Hotel and Gurumê, respectively.

47ª Premiação Anual IAB-RJ:
Winner in the "Edificações" category, with FN House, and in the "Arquitetura de Interiores e Design" category, with the project for the MPM Agency. 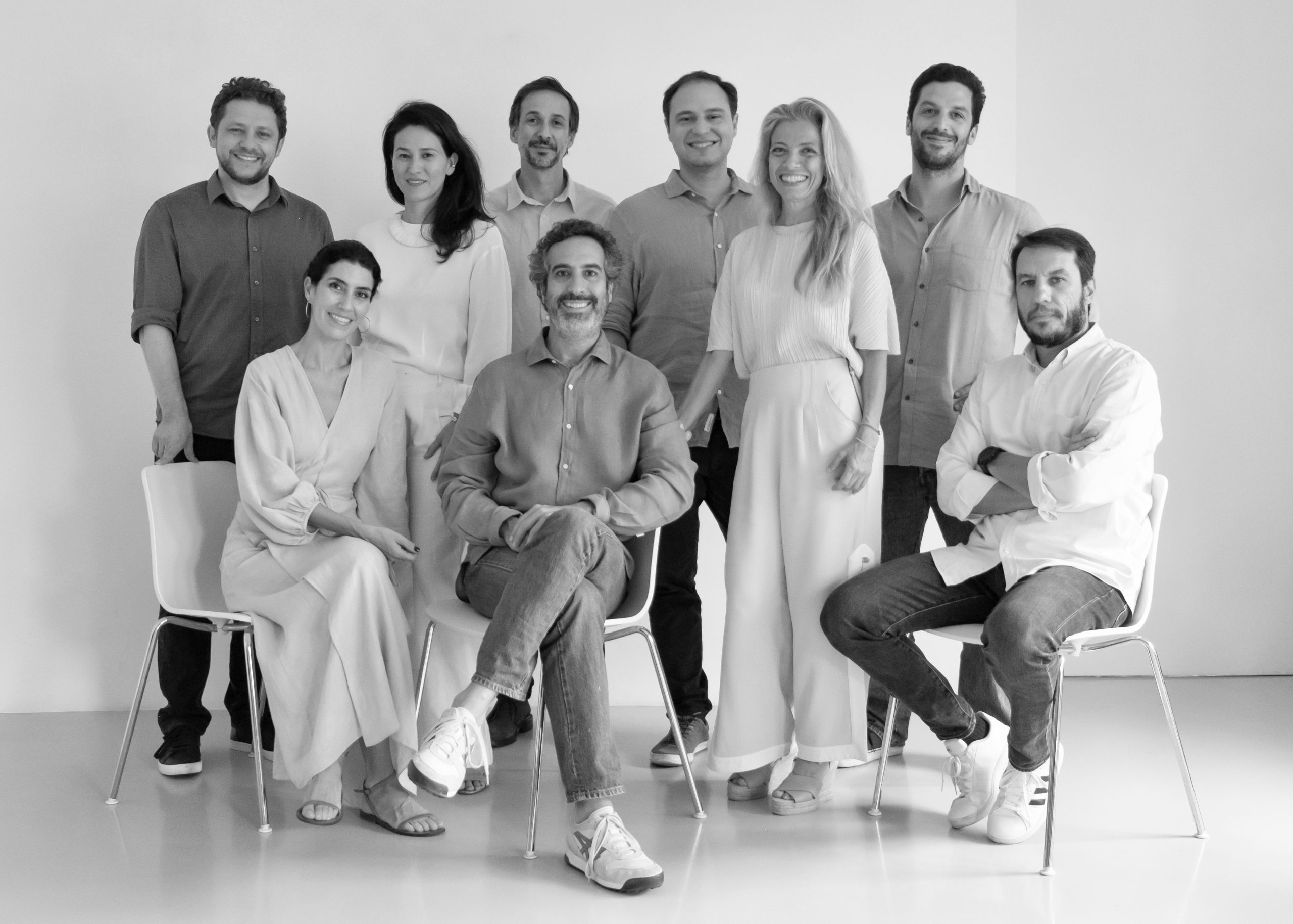 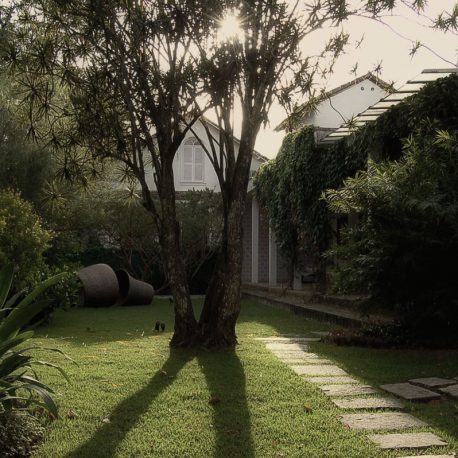 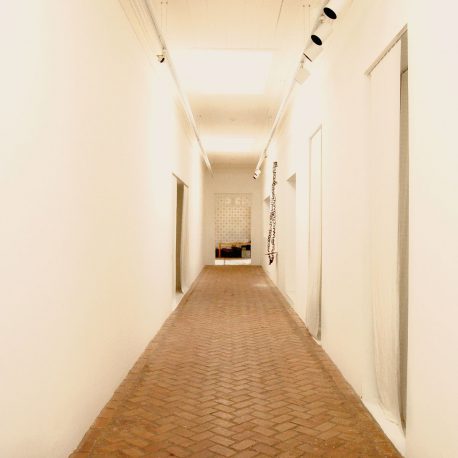 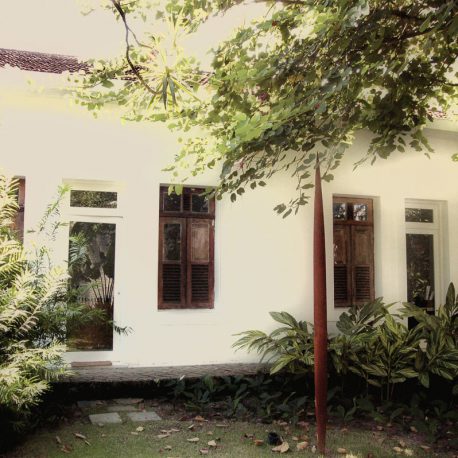 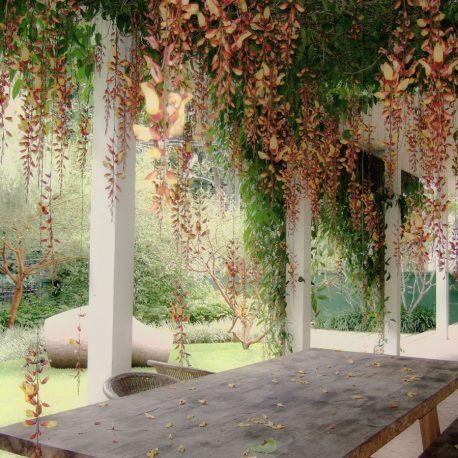 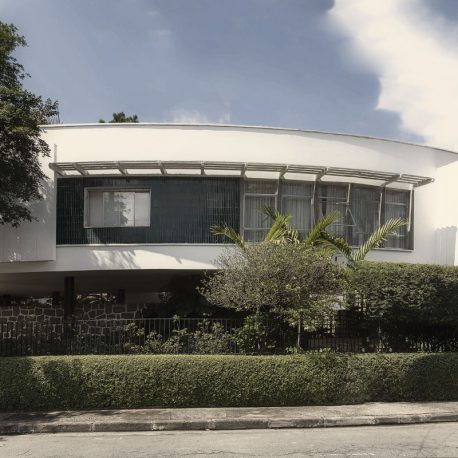 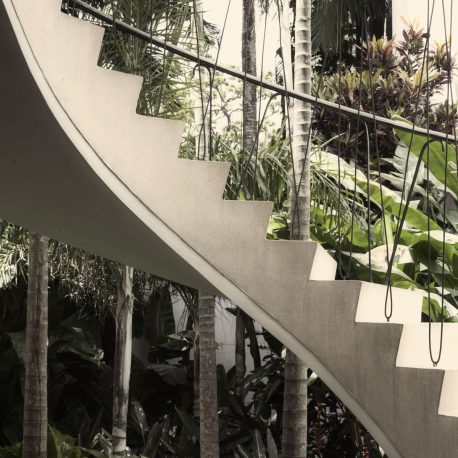 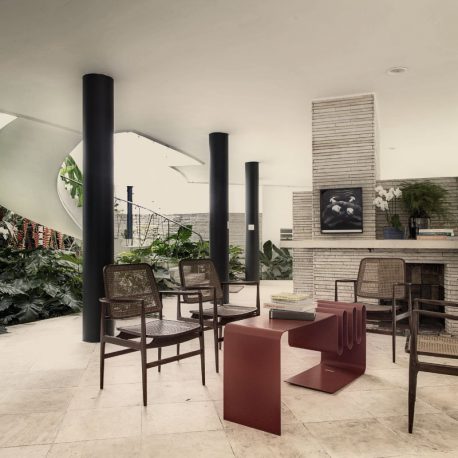 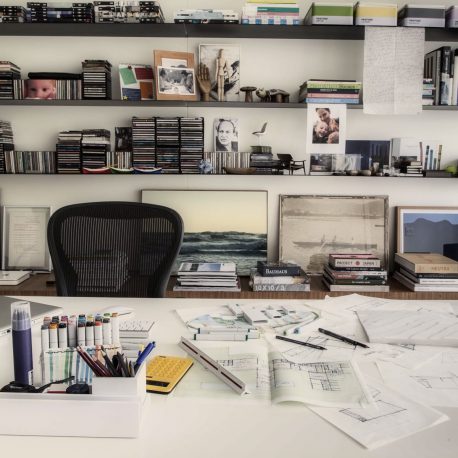 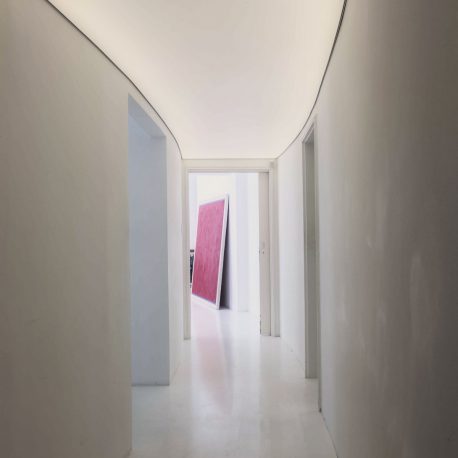 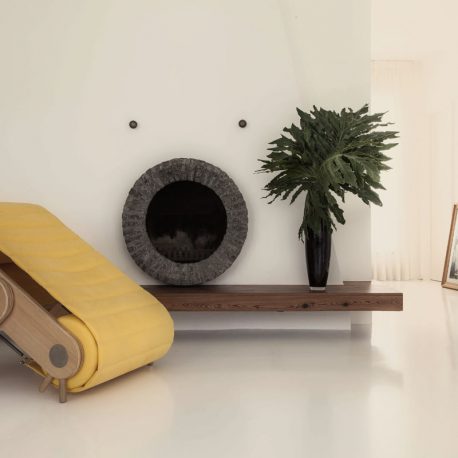